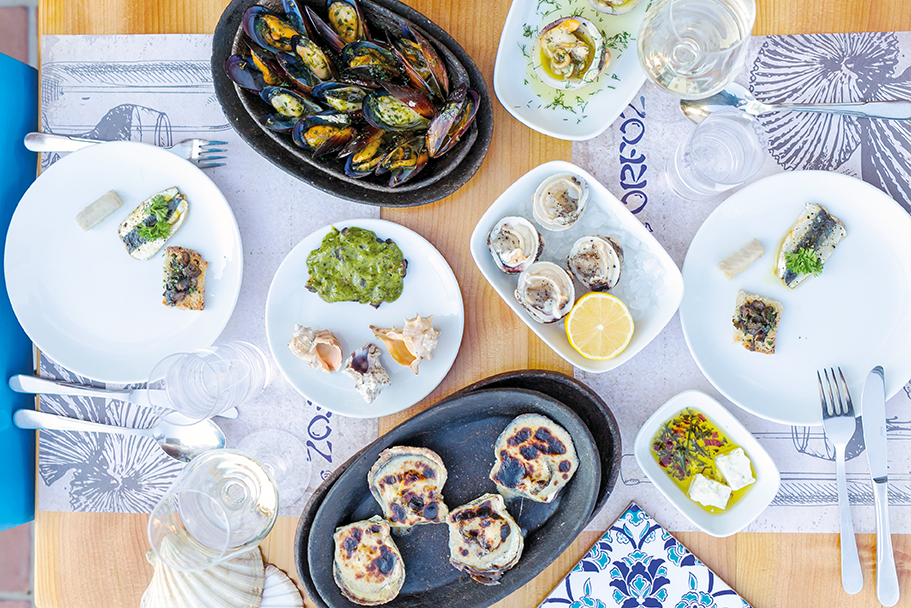 Orfoz: a restaurant catering to the curious

You will get much more than just palate satisfaction when dining at Orfoz. Every single ingredient is held up to the same importance, the exact location of where your food was caught is known by the cooks and the menu dares to go beyond the basic grilled fish, making Orfoz not just a pleasurable experience but also an educational one.

Despite many restaurants generally copying their ideas off of one another, in Bodrum no one dares to copy Orfoz. Since it’s focusing on the most underrated type of food in Turkey, the idea to follow its path has been dismissed by many as it clearly comes with a lot of hassle. It seems though that Bozçağa brothers enjoy doing things the hard way. The carefully curated shellfish tasting menu consists of all-fresh items changing on a daily basis according to availability in the area, and their quality is top priority. “There are several places between Güllük and Bodrum where our divers get the shellfish from,” Cağrı Bozçağa explains. “We have to know where it comes from in order to ensure that the source is fresh, and so that we have confidence in our product.”

Orfoz serves the purest food you can find in Bodrum, where the ingredient is top quality. The taste of freshness is elevated beyond the simple presentation, so much needed in the age of foams, fumes and jellies — served by default whenever a restaurant comes with a ‘tasting menu’ on offer. It’s one of the few places where the happy diner is genuinely a priority, leaving the place nourished, entertained and sometimes downright enlightened as far as the ingredients and local wine pairings are concerned.

Mantis shrimp is one of the additions to the Orfoz shellfish range, featured on the menu since 2016. “When the divers came across it, they called us immediately knowing we’re crazy about these kind of things,” Cağlar Bozçağa says. Since then, the semi-transparent creature has been one of the tasting menu staples, due to its looks playfully referred to in Turkish as ‘götügöz’. ‘Patlangöz’ is another menu classic hidden under a stage pseudonym, since its real denomination (deniz salyangözü, or sea snail) was too much to handle for some customers. “It happens sometimes that people hear names like sea snail or yılan balığı (eel, in Turkish literally called the snake fish), and they dismiss the food right away. That’s why sometimes we give our own names to them,” Cağrı Bozçağa says.

Excited to see such variety on the menu, we ask for a simple recipe, and initially enthusiastic chef Cağrı is brought down by his younger brother: “How are you going to make it if you won’t be able to find the ingredients?” he says with no hesitation. Since we don’t have a diver on speed dial to cater to our private orders, we decide not to attempt any of this at home.

In the current location next to Zeki Muren Museum, Orfoz is living proof that once you find your niche and pour your heart into it, people will follow. As much as its charm is a combination of many elements, there is one crucial ingredient to Orfoz’s atmosphere that’s impossible to copy: Bozçağa brothers are the character of the place. The restaurant is closed from end of  November until mid-February. Other than that, every single day brings a new reason to dine there again and again.

Hands-on personalities will appreciate a bit of heads-up with regards to Orfoz’s menu. Here’s a sneak peek of what to expect on the plate and when.

Nightlife in Bodrum: where to drink, dance, and party 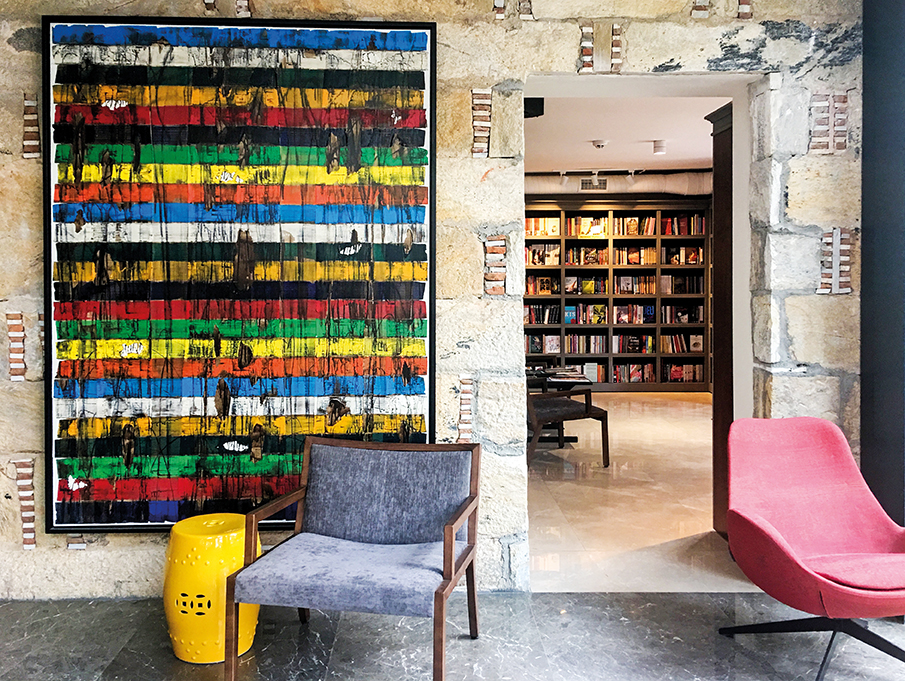 Zai Bodrum: your new favorite place to read and chill