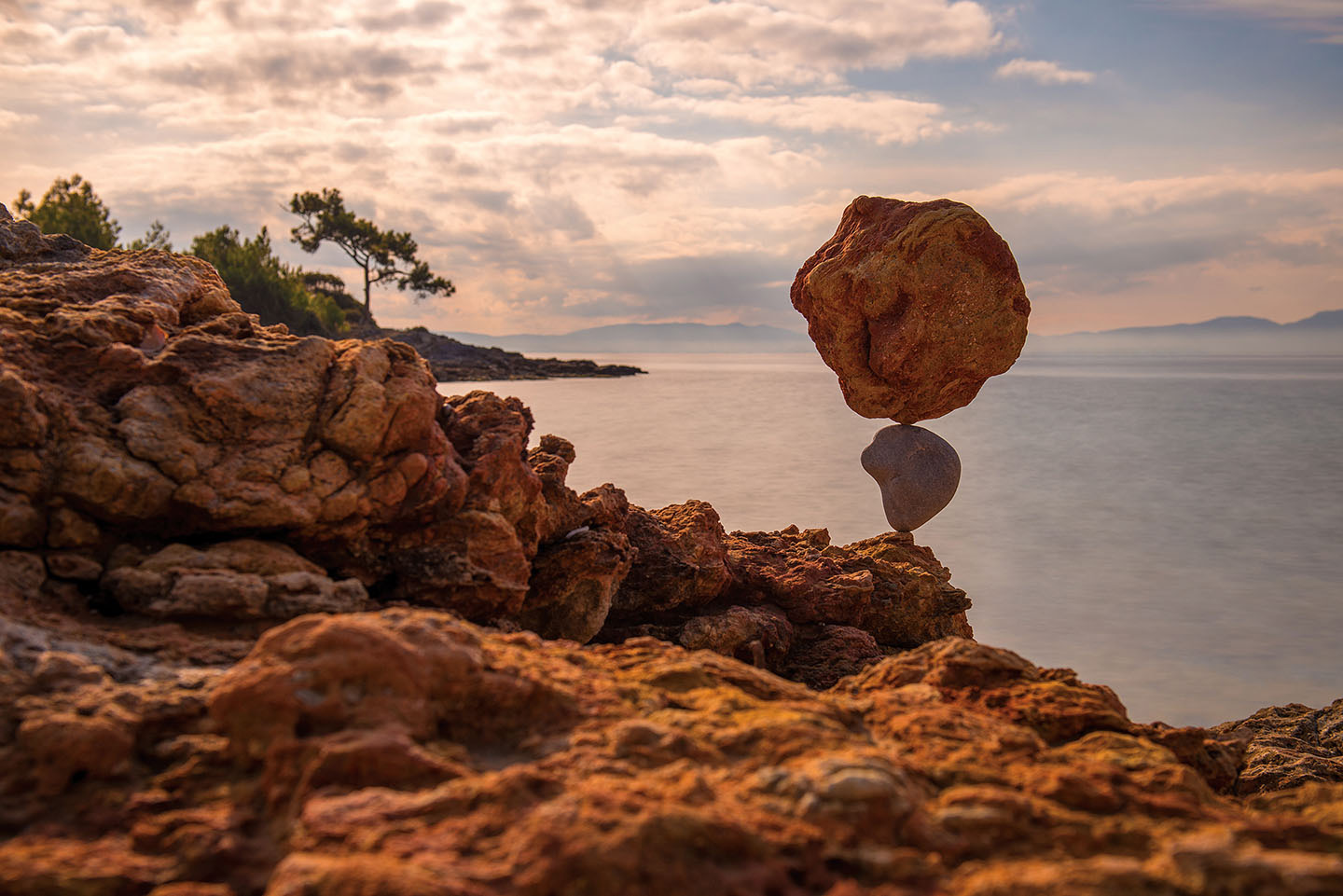 Matthew the Apostle once wrote “the wise man built his house upon the rock.” Michael Grab has taken this advice a step further by building his entire career on them. Grab, whose name is appropriate to his manual skills, has created a technique called Gravity Glue that looks more like magic. If you stumbled across these towers of precariously balanced stones on the shore of Kaplankaya, you might think they were totems left behind by an artistic space civilization. But as the name Gravity Glue suggests, these rocks are held together entirely by the pull of the earth.

It might be easy for Grab to become jaded about the shapely chunks of minerals that he has been stacking since 2008. However, the rocks of Kaplankaya still had some surprises in store for him. When asked what he most remembered about his time on the Bodrum peninsula in February 2016, the stone wizard replied, “The rocks! And food! Some of the most beautiful and diverse rocks I’ve seen in the world in such a small area.” He emphasized the variety of colors, shapes, and textures. Considering the area’s history of Greek, Persian, Crusader, and Turkish conquest, we can see this spectrum of rocks as ambassadors of the many lands and empires that converged there. A more scientific reason for the range of rocks is the ancient volcanic activity around the Aegean Sea, which threw up different minerals from the earth.

When he took a moment to look up from his work, Grab was also stunned by Bodrum’s broader geography. “Kaplankaya was exceptionally beautiful both as landscape and a place for my work,” he says. But the rock star’s work is never done. “I’d love to build anywhere beautiful. Including Cappadocia. I look forward to visiting in the future.”

You can find Grab’s creations on the shores of Kaplankaya. 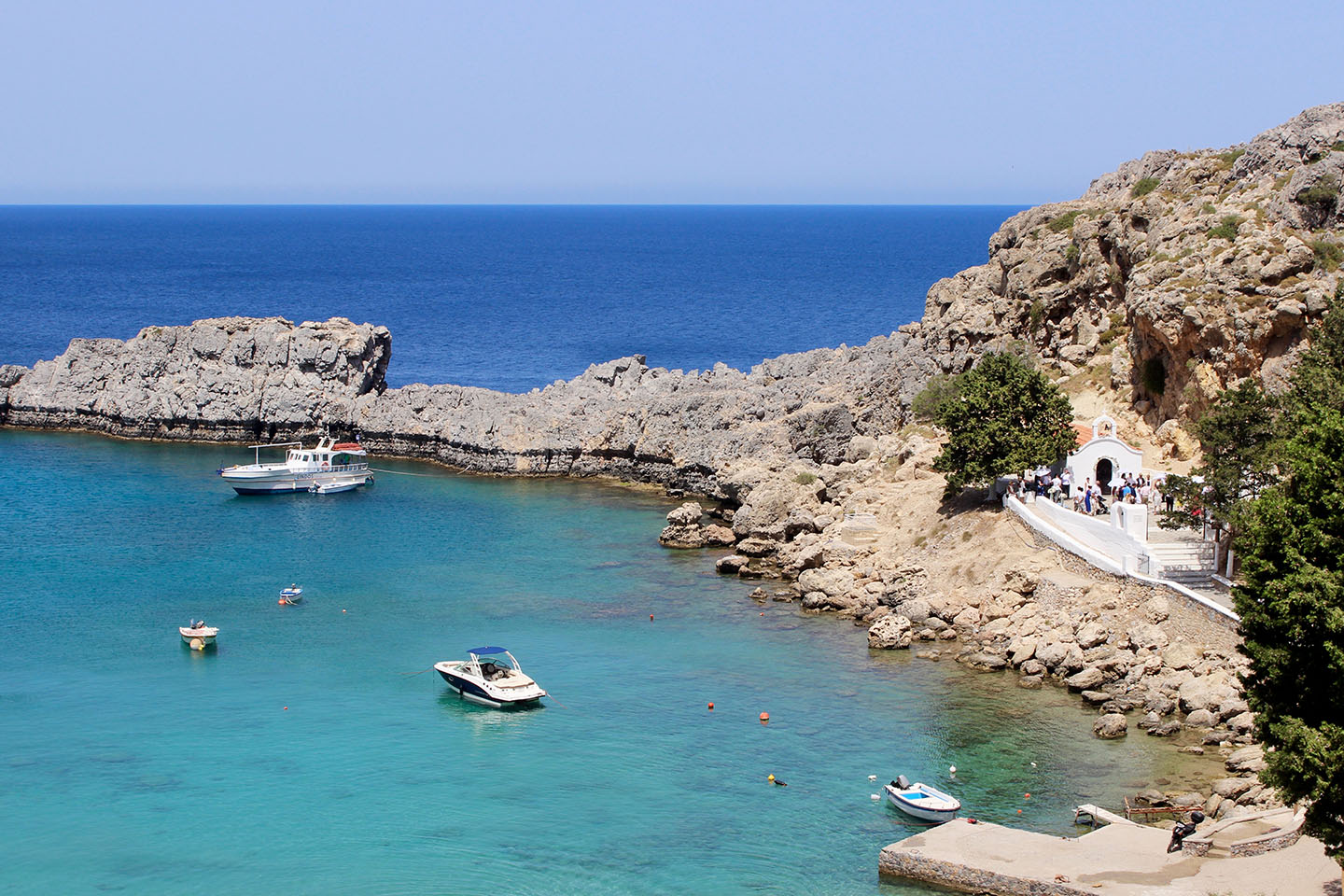 Rhodes: an island of Epicurean delights 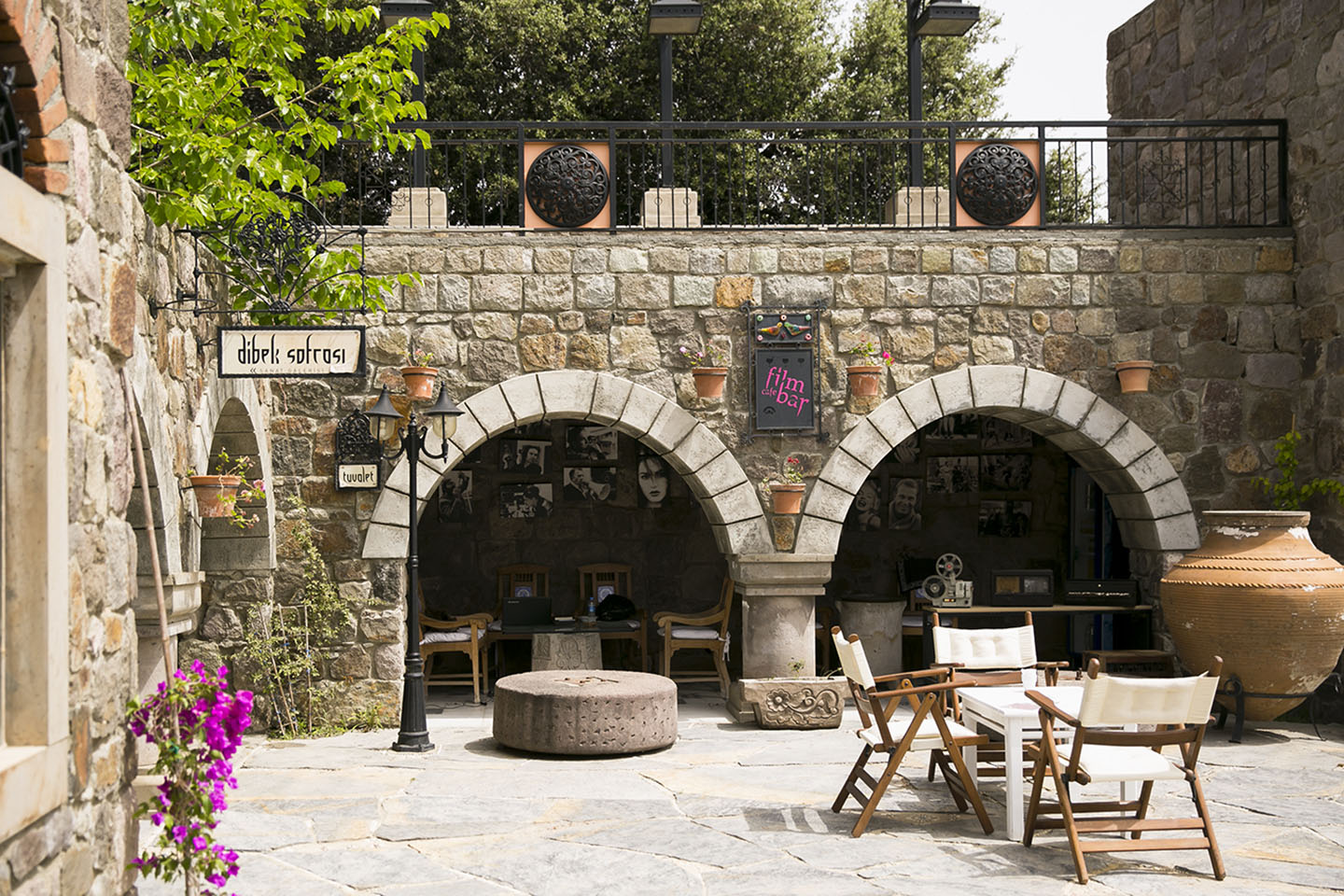