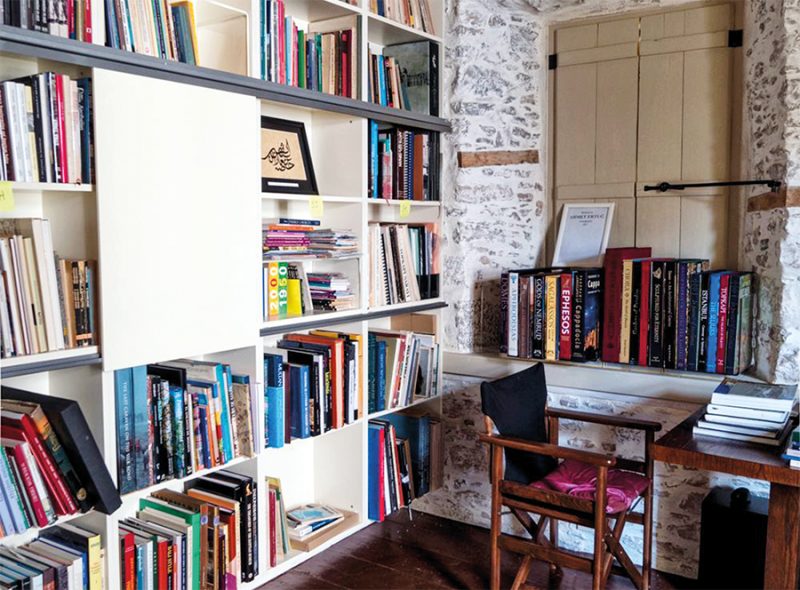 Suha Özkan’s stellar career in architecture took him around the world, and he amassed a treasure trove of books, documents, notes, and journals on his travels. He has been visiting Bodrum since 1964—he and his wife got married there—and his retirement dream was always to create a research library for his collection on the peninsula.

The dream became a reality three years ago with the opening of the Bodrum Architecture Library. The center has developed into a haven of study and debate engaging an enthusiastic audience in Bodrum.

Several rooms across two stories provide a home for around 10,000 books and 20,000 documents on architecture, urban planning, design, and decorative arts in Turkish, French, English, Arabic, and other languages. The center also hosts talks and debates.

Özkan bought a traditional, red-tiled ‘sakız’-type building in the heart of the old town six years ago. The protected property had been the residence of Sarıağaoğlu Ali Efendi, a mayor of Bodrum around the turn of the last century, and more recently had housed a vegetarian restaurant called Buğday. But it had become dilapidated; a home to cats, rats, and mice.

With the assistance of ‘Şans’ Ahmet Iğdırlıgil, an expert in Bodrum stone architecture, Özkan modernized and transformed the building. They took particular care to reinforce the historic structure, and to anchor the bookshelves safely to dividing walls.

The renovations were proven sound during the July 2017 Bodrum earthquake, when no damage was sustained by the building.

PhD research student Güven Erten—who is Özkan’s voluntary assistant and library administrator—emphasized how fortunate he felt to being able to consult the original project notes of internationally renowned architects that are held in the collection, and what a rich resource it is for researchers.

“I am very content to contemplate all the cultural wealth here in the library,” said Erten. “And to help people find such a cultural place”.