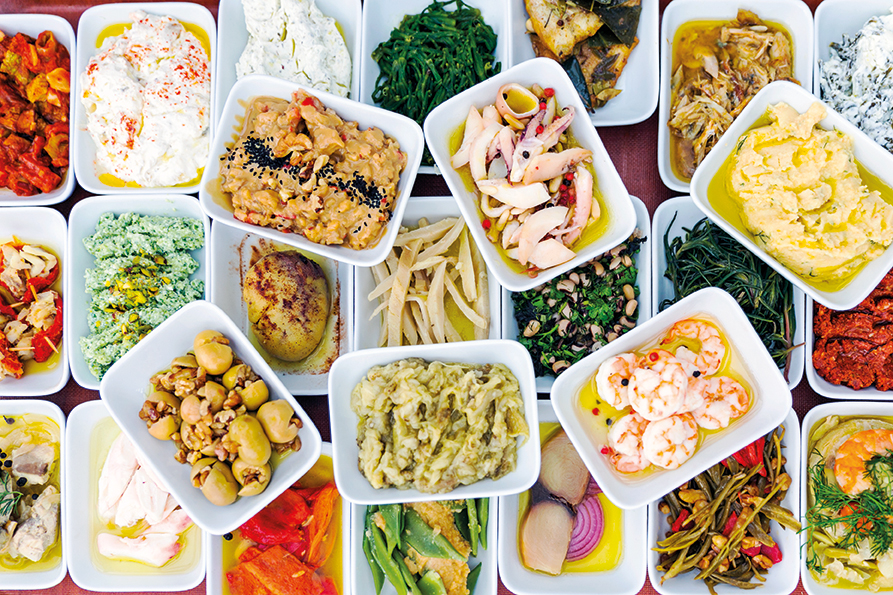 A meyhane is a crucial part of Turkish nightlife, and while on holiday in Bodrum, you will most certainly want to celebrate (many times) at one. But what to do about that glass display counter filled with a kaleidoscope of indiscernible dishes? They’re sure to be packed with meze – small seasonal dishes of all assortments and ingredients, meant to be eaten alongside copious amounts of aniseed-scented rakı.

All you have to do is choose your nibbles from the trays or glass display counter. The variety may overwhelm, but don’t be shy – choose with abandon. They may be small, but a night at a meyhane often ends without the table ever ordering a main course. Here are a few favorites to get you started on your way to a true Turkish meyhane night.

Not all meze are prepared in the form of spreads and salads. Mücver, a type of fritter, is the best example of this. Typically made of zucchini and fried in the form of a pancake, it’s recipe leaves enough room for creativity, allowing the chefs to experiment with shapes and ingredients.

Girit ezmesi is an import from Greek (Cretan) cuisine that has become widely popular in Turkish taverns. It is a paste made of three types of different cheeses, but it’s the herbs and spices that make its color vary from restaurant to restaurant.

Grilled, peeled, and mashed eggplants are core ingredients of many different meze. Whether it’s patlıcan ezme (mashed eggplants), şakşuka (shashuka) topped with tomato sauce, or — as pictured here — the southern delicacy of mutabbal, and one can’t imagine a complete table without it silky presence.

Chances are, you have tried midye dolma (stuffed mussels) sold on the streets. When making an appearance in the meze selection, midye may also come in all different shapes and forms — from brined and fried varieties, to salads.

Another green delicacy from the seaside, deniz fasulyesi (sea beans) may look a similar to its sea asparagus cousin (and is often cooked the same way). However, its long, thin fronds, tart flavor and fine texture sets it apart. Instead of trying to choose between them, order both if available, and let your palate be the judge.

In its raw state, it may look like an inedible wild weed. But when cleaned and poached in olive oil deniz börülcesi (sea asparagus) turns into a delicious side dish. On a meyhane table, deniz börülcesi is usually served with garlicky olive oil. The seasons for this delicacy ends when summer does.

Once you’ve tried all the classics and are looking to up the ante for your tasting experience, head to Bodrum’s favorite meyhane, Bağarası—we assure you the dishes you’ll find there are not to be found anywhere else. The menu changes on a daily basis, according to seasonal availability, but the surprises never disappoint.

Since 1955, this little esnaf lokantası (tradesman’s restaurant) has become a true destination diner, proving that making one thing right is reason alone for customers to come back time and again. At Meşhur Kuru Fasulyeci Hüseyin Amca’nın Yeri, you won’t have any trouble deciding what to eat. The choice is simple: tas kebabı (meat stew) for carnivores or kuru fasulye (stewed white beans) for everyone. Add pilav on the side and top it all with cacık. The cooling yogurt ideally replaces soup on hot summer days. This is how ultimate comfort food is served. 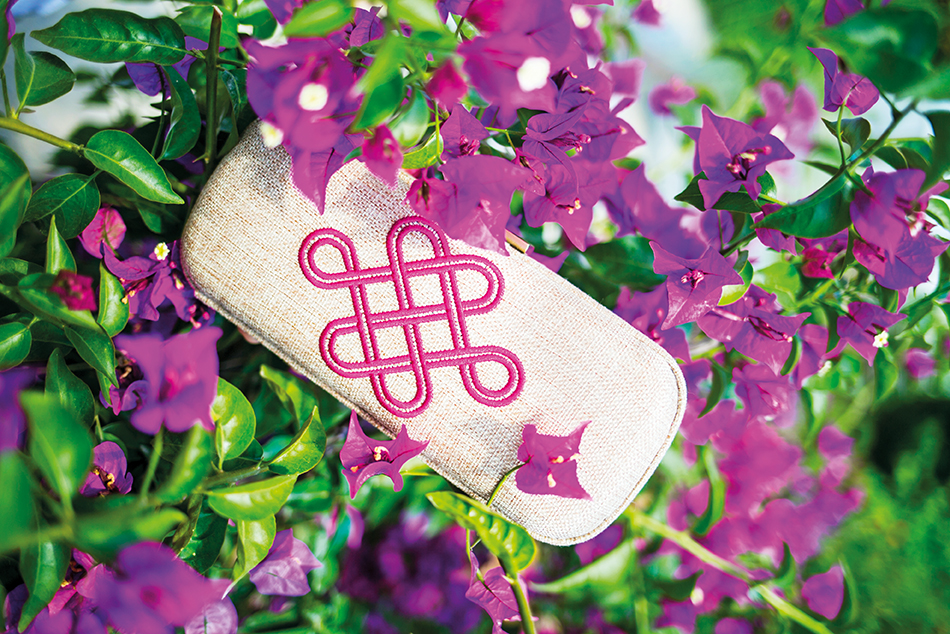