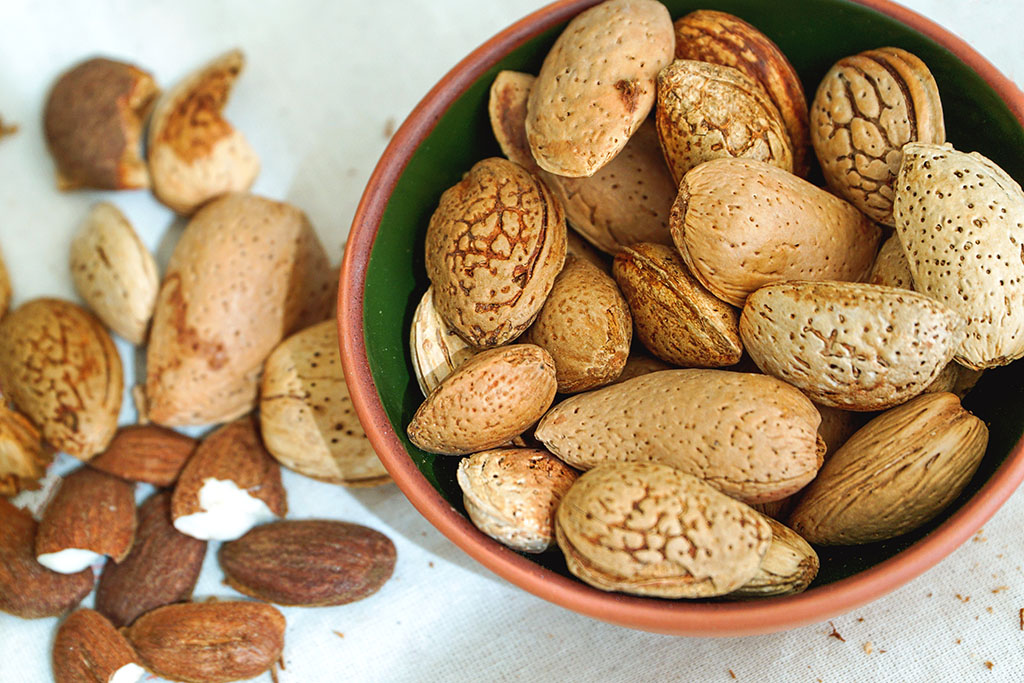 Almonds are at the heart of the way of life for residents in this region of Southwest Turkey.

Wintry weather might be a startling concept to summer visitors to the neighboring Bodrum and Datça peninsulas, renowned as they are for being magnets for summer holidaymakers. Yet, with the region’s winter temperatures mild by inland Anatolian standards, at least three months of lower temperatures and winter rains are ideal to sustain the hardy almond, olive, fig and carob trees through the long, hot, dry summers.

Known throughout Turkey and recognized worldwide, the almond tree orchards of the Datça peninsula begin blooming in early February. At first glance, the hillsides might appear to be covered in snow, but to the delight of an increasing number of visitors, it is instead thousands of almond trees in bloom across the valleys and villages of the peninsula.

Scientists remain divided as to the actual origins of this ancient tree, but agree that almonds are native to the general area stretching from the Mediterranean coast into Central Asia. Although debate still persists as to the how, when, and where the almond tree first came to be cultivated, proud local Datça growers and residents claim that the researched genetic variety of the almonds found on the Datça peninsula and the number of varieties (97) logged in a Muğla food heritage project supports their argument that at least some varieties of almonds are endemic to the region.

Environmental conditions on the peninsula also provide an excellent setting for almond trees. The diversity of plant varieties lends a natural health and disease resistance to the Datça almond orchards and supports cross-pollination of the trees, which is essential, as they are not self-pollinating. Almonds are also heavily reliant on bees for pollination, with Muğla’s large apiary and beehive population aiding almond cultivation. The various factors are so ideal, in fact, that according to statistics quoted at the 2019 Datça Almond Blossom Festival, there are roughly 268,720 almond trees in the province and villages of Datça, yielding 1,200 tons of unshelled almonds and 400 tons of green almonds.

Green almonds, or çağla badem in Turkish, are particularly perplexing for international visitors. They are the highly coveted fleshy, furry, green almonds in full fruit phase before they dry out. Although almonds are technically not nuts but “drupes,” they possess a soft, fleshy layer around the seed prior to ripening, before later drying out to become the familiar edible “nut” product. Green almonds generally appear in fresh food markets across Turkey in March and early April, and are beloved as an accompaniment dipped in salt, to aperitifs.

As the lifecycle of the almond crop continues past the green almond stage, the still soft inner almonds break free from their shells in May or June. These are the tender almonds served on ice by local street vendors in Turkey. As the months progress, the remaining loose almonds in the orchard are sun dried until they are cracked open in July or August as the final, familiar almonds common to shops worldwide.

For the buyer of loose almonds, there is a bewildering choice of names, sizes and prices. The varieties from Datça are defined by the highly valued and sought after large almonds, called nurlu. Known as one of the best almonds in the world, nurlu almonds are hard to find outside Datça. Another of the endemic almond varieties of Datça, ak badem, are highly regarded almonds second only to nurlu almonds in quality. Found in greater quantities and oftentimes sold as Ak Duble, they are noted for their exquisite aroma and soft shell. Another of the soft shell almonds from Datça is called dış badem (tooth almond), because you can crack the shell with your teeth! Other bewildering origin names include the sıra (in line) almond, and a variety of almonds with local names such as the Kababağ, Dedebağ, and Horişti, the later being another endemic variety only found in Datça.

With vast almond resources located on Datça’s doorstep, it is natural that almonds play an integral role in local culinary traditions. The Datça almond features prominently in the sweet served to grooms on wedding night, made the same way as traditional baklava with layers of handmade light phyllo pastry, but with crushed almonds instead of the usual walnuts or pistachios. No longer limited to sales on the peninsula, boutique food suppliers are developing innovative ways to expand almond based product offerings further afield. Many of those innovations are sweets such as peluze, a sweet pudding flavored with almonds and geranium leaves and bademli kuru baklava, a less syrupy, less sweet baklava.

In Datça, everything seems to be made of almonds. The list is exhaustive: almond lokum is an almond flavored “Turkish Delight;” almond “milk jam,” an almond flavored cream similar to condensed milk; and almond ezmesi, a coarse paste of ground almonds similar to marzipan, that can be substituted for peanut butter. One can also find almond stuffed olives, almond coffee, any variation of almond cookies, and almond helva (a dessert made from sesame seeds, sugar, tahini, and nuts). There seems to be no end to Datça purveyors’ ability to innovate with their home grown products, as Datçella, a smooth paste product made of carob, provides a far healthier alternative than traditional chocolate spreads.

Where to buy almonds in Datça 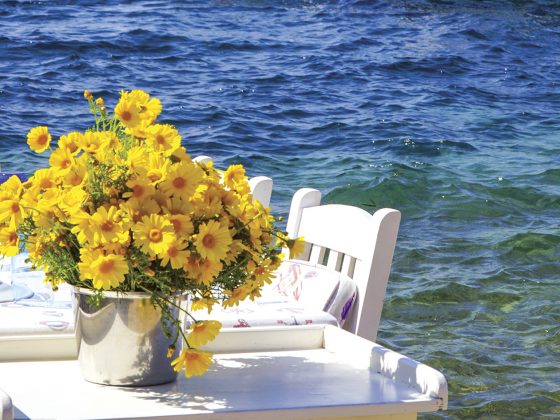 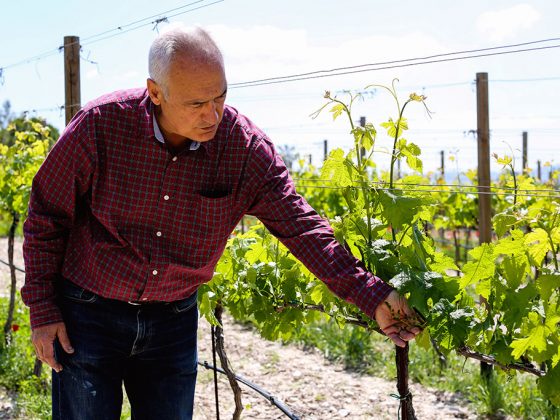