Bodrum has a reputation to live up to, where white houses and gulets embellish views of blue seas, the long arms of land embrace villages and bays, and all bask in eternal summer. These romantic expectations are not only held by international visitors but are very much embedded in the Turkish psyche by songs and by popular movies. Revisiting films now available online and seeing Bodrum of the past brings on a piercing nostalgia for those days.

Bodrum has been used as a location for films since the Turkish film industry first expanded in the late 1960’s and 1970’s, in the time of the famous Yeşilçam film production era. Bodrum wasn’t an easy location to reach then, until the modern coastal road was built in 1975 to replace the ancient winding bone-shaking inland road, Bodrum was best reached by the weekly coastal steamer, which features in the heartrending Yarın Ağlayacağım (filmed in 1969, released January 1971). It is a classic love story where the beautiful singer Sevda, played by Hülya Koçyiğit, leaves the handsome Bodrum sponge diver and tourist guide Murat (Ediz Hun) whom she meets on holiday, for the luxury Istanbul life and marries the evil nightclub owner Kemal (İzzet Günay).

The Bodrum of 1969 was untouched and undeveloped. The film shows glimpses of the Bodrum Castle before restoration, Hotel Halikarnas – the predecessor to Halikarnas night club, the Bodrum harbor, tiny gulets moored at the edges of the docks, the young palm trees along the harbour, the bare hills just beyond the village, and of course, the Bodrum village folk playing themselves as extras.

A Turkish resident of 30 years recalls how he was smitten with Bodrum when he first visited as a student in 1971 and saw Tarkan: Viking Kanı being filmed at the Bodrum Castle, complete with Vikings and warriors in armour, and kidnapped princesses tied to the rocks in sacrifice to a giant octopus. The Viking films with the dashing lead actor, Kartal Tibet, are certainly memorable and worth revisiting on YouTube.

One of the prized rediscoveries is of the film, Bodrum Hakim, with the ‘Diva’ herself, Türkan Şoray, starring with Kadir İnanır and Yıldırım Gencer in the adaption of the true and tragic story of one of the first Turkish women judges coming to work in Bodrum in 1951. Filmed in 1976, after the opening sequence, her arrival draws the audience through faintly familiar views of Bodrum. From the moment she steps off the bus in the Bodrum market place opposite the post office and travels along the Bodrum harbor to the old Heredot Pension, and her view as she looks over the simple jetty to the Castle, where now the sophisticated yachts jostle for space in Milta Marina. Once again, the Bodrum village people and streets provide the authentic background as extras and scenery.

In the 80’s, film producers came again to Bodrum to shoot another classic love tragedy Alev Alev, released in 1984, with heart throb Tarık Akan as the dashing Bodrum captain Murat, Gülşen Bubikoğlu as the spirited Bodrum girl Alev, and Cüneyt Arkın the menacing but rich Istanbul businessman Şahin offering her a life of luxury. Opening with the boat sailing into Bodrum harbor, the harbor, old Raşit’s café, the shipyards, the café sitters and the bay views are a natural and essential backdrop to the storyline of village life.

The most evocative film of all is the story of the man who did more than anyone to bring Bodrum to the attention of Turkey and the outside world, Cevat Şakir Kabaağaçlı otherwise known by his pen name ‘The Fisherman of Halikarnas’. The film Mavi Sürgün (The Blue Exile) released in 1993, is based on the original autobiographical book by Kabaağaçlı, about his first journey to Bodrum. Carefully selected locations in Gümüşlük, Akyarlar and old Bodrum house interiors served beautifully as substitute locations to the story. Erden Kıral directed Can Togay as Cevat Şakir, Hanna Schygulla, Özay Fecht, Tatiana Papamoschou, Ayşe Romey as Hatice in a pensive, slowmoving film dominated by an internal dialogue. Fortunately, it is subtitled in English as it was nominated, though not accepted, for Best Foreign Film category at the Oscars in 1994. However, it won awards at home in Ankara, Antalya and Istanbul Film Festivals in the same year.

Bodrum has been and continues to be chosen as a filming location with the revival of Turkish film production since 2000, as proven by the degree of local excitement with the Turkish television series Bodrum Masali, the story of an Istanbul family coming to Bodrum. A recent announcement of a Japanese-Turkish production coming to film in Bodrum amongst other Turkish locations signals another international interest, so another generation of Bodrum residents can look forward to being extras in film. The benefits of foreign crews filming in Bodrum are plenty. It certainly brought new customers to hotels and nearby bars and restaurants, giving life to Bodrum’s generally dry winter spell.

Why film in Bodrum today

The Danish screenwriter Isabel Eklöf, and first-time director of a new Danish film in production called Holiday, was in Bodrum with her film crew in April and early May, 2017 shooting many scenes for the film. The Guide Bodrum caught up with her to discuss some of the factors that made Bodrum attractive as a film location.

Eklöf explained that Danish films are never commercially viable but instead reliant on grants. The producers considered shooting in Bulgaria or Spain, however, they chose Turkey and Bodrum for the budget and the location. Boat trips, beaches, the Bodrum airport, shops and bar street were all chosen for different scenes after the script went through the usual process of submission to the Turkish Ministry of Culture, and obtained special permissions.

The main actors were professionals but many calls went out for locals to join the shoots as extras in beach and bar scenes. Eklöf said she was pleasantly surprised to find how natural the locals were as extras, and by the enthusiasm of the amateurs who volunteered for filming, including many expats, after working with quite reserved and ‘wooden’ Scandinavians. In modern Bodrum, Eklöf was happy to find all the typical ‘could be anywhere’ Mediterranean tourist backdrop required.

At the other end of the spectrum, The Guide Bodrum found a Turkish film producer who considers the Bodrum experience and backdrop essential to the storyline. Screenwriter, director and actor in his three films, and now playwright and actor in his new play, Harun Özakıncı flings his arms open as if to embrace the whole Bodrum harbor from where he sits at the gates of the Bodrum Castle theatre. “Bodrum is the scenario,” he proclaims, “it is the natural stage with all its subjects!”

Growing up in Bodrum, then studying and traveling between Istanbul and New York, he returned to make films based on what he calls ‘the fables of Bodrum.’ Özakıncı told The Guide Bodrum, “I have an obligation, I have a duty to tell these pure Bodrum stories and share its cultural life and language.” He believes that there is a natural comedic element to old Bodrum life, that he preserves and recreates in his films and play, relying greatly on the Bodrum local dialect which shortens the words and makes some consonants more guttural as in the K becoming a G, or with different words entirely. “There is nowhere else I can write and perform these stories,” he says, and turns back to the poster of his comedic play ‘Naptorun Pansiyon’ which will be performed in July.

Read also:  ARTHill Museum: in the land of the Mother Goddess

Movies that take place in Bodrum 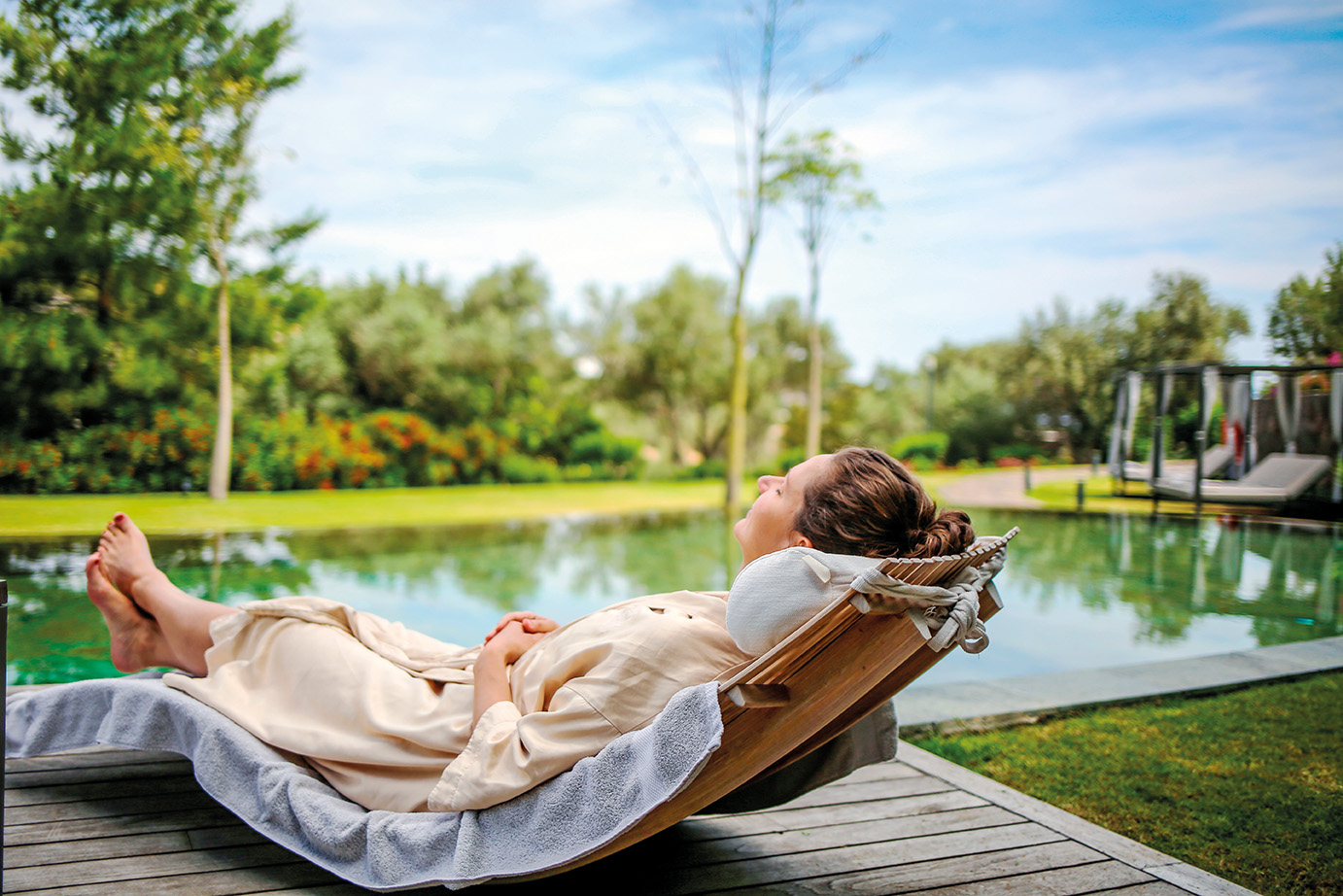